G’day Beach Cottage girls! Do you love yourself a little Too Easy fix it and forget it meal that you can sling in your slow cooker / crockpt, or shove on the stove top and do nothing else to?  Perhaps you have a hungry surfer boy or six in the house that you need [...]

Diapers: Size 4
Updates: He started crawling normally but only on the carpet.  On the tile he’ll resort back to army crawling.  He’s saying a few more words but his favorite is still “Daddy.”  He likes to scream to get your attention and I can’t wait until this phase is over.  He’s been eating more table foods but still prefers the purees.  One table food we did try that I was shocked that he ate was meatloaf?!?!  He’s making no attempts at walking although he will occasionally stand unassisted for a brief second.  He gets jealous if I’m holding Addison and will crawl up to my lap and try to push her off.  Addison and Enzo have also started having power struggles over toys…and the fun begins

Morning ladies, how the heck are you?  Happy Beach Cottage Monday! Well the sun is shining here and it’s time for laundry in my exciting life, I am not quite sure how but it seems the laundry seems to grow all by its little lonesome in this old cottage…do you have the same monster [...]

Yesterday Addison woke up with a low grade fever.  Throughout the day we went to a trunk or treat and a Fall Festival.  She seemed a little sluggish but wanted to still be out and about.  After her nap she was sluggish but insisted we go to a Halloween party that we were invited to.  I asked her a million times if she wanted to stay home and she said “No, go to party.”  Once we got to the party she went down hill fast.  She had a barking cough, felt very warm and just wanted to be held.  She wouldn’t talk and would occasionally whisper a couple words.  After being at the party for an hour we decided to leave.  On the way home she started wheezing, coughing and vomited.  We took her to the urgent care which has late hours during the week but unfortunately once we arrived we noticed that they close earlier on the weekends.  We then headed to the hospital.  She was short of breath and wheezing really badly.

Once we arrived at the ER they took her temperature and it was 102.  She was lethargic and not speaking.  They quickly escorted us to a room and had a respiratory therapist come and give her a breathing treatment.  They tested her for RSV and the flu.  Those both came back negative.  They gave her tylenol for the fever and we waited to see if her fever would go down and see if her breathing was improving.  After a couple hours she started wheezing again.  They sent her for chest x-rays because the Dr thought it could be the onset of pneumonia.  Her fever went down to 101 but she still felt very warm.  Repiratory came again and did another breathing treatment and gave her a dose of prednisone to open her airways.  Almost 6 hours later at 2am we were discharged to go home with a diagnosis of croup/bronchospasm.

We are now to continue breathing treatments at home, 5 days worth of steroids and an antibiotic to prevent pneumonia.

Brian was extremely worried when they were testing her for pneumonia because just a week ago a lady he works with lost her 5 year old daughter to pneumonia.  She went to bed and never woke up.  Such a tragedy.  Needless to say we are closely monitoring Addison’s symptoms.

I’m not sure who was more excited when Addison brought home her 1st book order form last week.  It brings back so many memories of when I was younger.  I remember the days when the books came in and the teacher would hand them out in class.  The excitement was like opening presents on Christmas morning.  I hope Addison enjoys the new books once they arrive!! 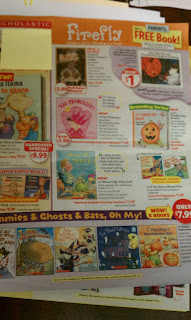 Her choice of books for her 1st order 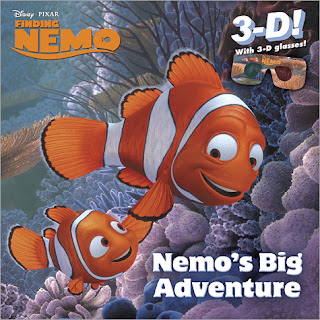 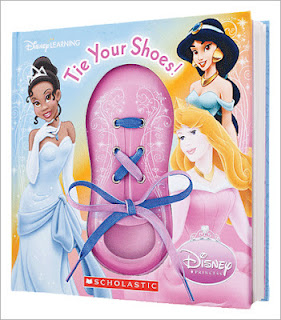 Well morning Beach Cottage ladies, how are you this fine Friday?  Well here it’s overcast and pretty warm, I have been for a nice long walk with Barls and then for a coffee with my friend lg, sitting, watching the world go by by the sea…not a bad way to start the day for [...]

UPDATE:  Just received email that the RBSC will NOT be coming to Hatteras or US East Coast for Sandy.  Their logistics manager called off the Chase for the US east coast due to timing concerns with getting everyone to Avon before Pea Island potentially washes out.  Bummer! Will have to keep watch for the next Fall Hatteras storm?!

TS/H Sandy is heading our way and the forecast is ripe for big wind and surf beginning this coming weekend and lasting though most of next week!  The RedBull Storm Chase has Hatteras as an Alert Destination, and we are now “elevated,” likely to see the RBSC crew coming in to catch classic Hatteras fall storm conditions?!

Wind-NC Andy and I have been in direct contact with RBSC organizers and those guys are getting ready to pull the trigger for the first storm chase!
Stay tuned! 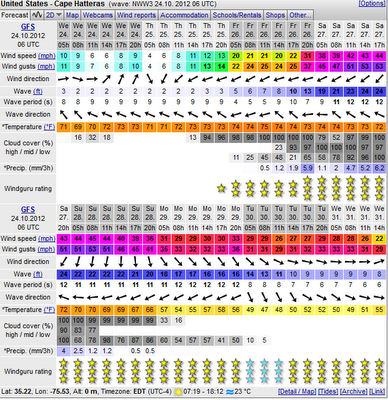 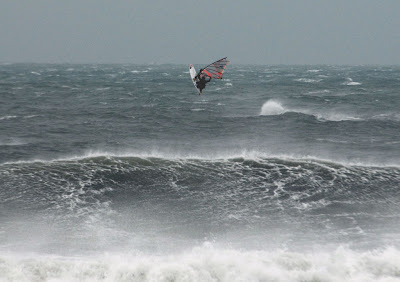 I was reading my emails the other evening (I am *very very behind on those, if you are waiting for a reply from me today be the day) and a lovely gal by the name of Janette sent me an email to say that she loved the pics from Beach Cottage Instagram so I [...]

G’day!  How you going?  All well here, lots of white paint too! By the looks of the pictures in this blog post and recipe you would not be mistaken in thinking that this is a recipe for radishes and radishes alone, apologies, having a little radish fetish here in the world of all things Beach [...]